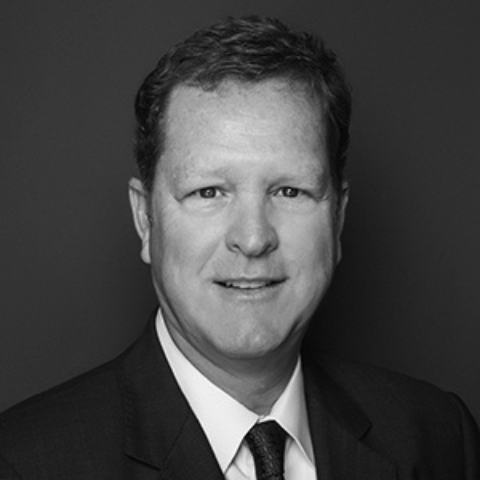 The following interview first appeared in our Legends of Commercial Real Estate podcast series and has been edited for length and clarity. You may listen to the full interview here.

How did you get your start in real estate?

When I was in college, I had this misguided notion that I wanted to be wealthy. I wasn’t nearly as thoughtful as this generation. One time, I was in a store in West Texas and in the magazine rack there was a magazine called the Texas 100, the wealthiest 100 Texans. I took it back to my dorm room because I thought I could learn something from it and when I opened it up I saw it had three categories: people in real estate, people in oil and gas, and people who inherited oil and gas or real estate. I said, I’ll get into real estate, it was that simple. Then I broke it down further and looked at those guys that were in real estate and found a common theme, that everyone who was wealthy in real estate owned real estate. That shaped my thinking that if I was going to have a chance to make it as big as I wanted to make it, I needed not just to get into real estate but own it, and the No. 1 owner of real estate in the world at that time was Trammell Crow and Trammell Crow Company. I moved from Abeline right to Dallas and I begged and borrowed for a job at Trammell Crow. I got into industrial leasing and leased the northwest Dallas market for John Walsh, who was a fabulous mentor, and I was there six and a half years.

How would you describe what good leadership looks like?

I was 28 years old when I started my business, so everything I’ve learned has come through mistakes and one thing I’m finding that’s working better than anything right now is the idea of loving and serving your people. It’s certainly better for me. When you do that for your people, they’ll run through a wall for people. It’s really that simple. You don’t have to read a lot of books on it, you just have to get up in the morning and look for ways to support and encourage your people. Obviously, sometimes that means having to face tough situations just like with your children. It all can’t be roses. You’ve got to discipline them and deal with the consequences of poor decisions, but the best leadership I’ve been able to foster is loving your people and caring for them. If you can do that with humility, that’s another tool that gets leaders from good to great. Humility is attractive. Working on humility, working on swallowing your pride and being humble and transparent with your people is the best tool I’ve found.

Give us an example of a mistake you’ve made in your career and what you’ve learned from it.

I have made my share of mistakes and I would say the toughest business lesson I’ve learned is this, and there’s an easy tool to fix it: I had a big loan with GE Capital, and that loan was sold to a vulture fund in New York and it was a horrific experience because their whole goal was to put us in default. We were trying to sell the asset but they wanted us to default so they could sell it. It was a miserable experience and the quick answer is we have not signed a loan since in which we did not have the right of refusal on the note if it was ever sold. I didn’t know to negotiate for that at the time but we got through it. It did cause me a lot of personal grief, and there’s a grief tax associated with it, but I kept a statement that my father gave me when I was young: When somebody wrongs you, what you can live with, I can live without. That’s kind of the way I’ve processed it. We all find these mechanisms to deal with people. Know your partner. It was the worst partner I had in 30 years. People make lending transactions with people they don’t know and it can be dangerous.

How did your management style change after the pandemic hit?

We’re doing a lot of the same things, actually. I’m probably attempting to communicate more than I would otherwise. When we were all together, my style quite often is to roam around and talk to people and I can’t do that like I did but we’ve been trying to do that with emails and a mixture of humor. I know they think I’m the corniest guy in the world, but any kind of humor I can find, I’ll send out. I send out an email every week with some word of encouragement and scripture or story and encourage my direct reports to do the same. We often talk about getting your people on the phone and seeing how they’re doing and our folks respond remarkably well. We’ve been fortunate in our business units that we haven’t had to let anybody go. Our businesses are doing really well. We’re fortunate to be in the “have” category and not the “have-nots” like so many of our tenants, so we’ve been very, very fortunate.

Do you think about failure?

I don’t really worry about failure. I think there are some disciplines that I’ve been blessed to inherit and adopt and those have pretty much worked for me for 30 years and three business lines. I can’t control what I can’t control, my wife and I were talking about it the other day. If we lost it all, we’d be just fine. We’d just live a different lifestyle. We’ve been very blessed, but it all goes back to that misguided notion of being wealthy. I thought money at that time would make me happy, and then when I got it I realized that all money does is give you options. It doesn’t make it happy, but it gives you options. The treasure we have is that it lets us do things with our families and our employees, but if those options were taken away, we’d still be happy.