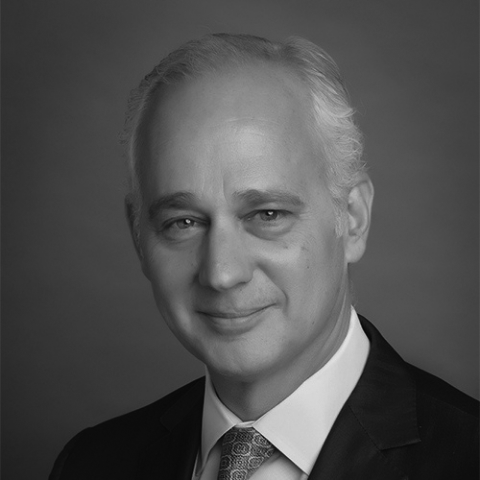 The following interview is a condensed excerpt from our Legends of Commercial Real Estate podcast series. You may watch or listen to the full interview here.

What did the pandemic teach you about your leadership style?

I think it’s really important as a leader – and this really mattered during COVID – to be very real and very open and to be authentic and vulnerable. To me it’s just being a person. I’m Michael Dardick. I’m not CEO, I’m Michael Dardick, and the title can actually get in the way for a lot of people. When COVID hit, I was doing videos to our team going, this sucks, this is scary, being realistic, but then also saying that we’re going to get through this and on to the other side. Part of my leadership is to think I’m an optimistic realist, so I start with reality. I don’t run from a problem. You identify the problem and move on to how we’re going to do something positive in light of that problem. Throughout COVID, I thought it was really important to stay connected and be honest about what we don’t know and are still talking about that with our teams about the future of our office. Then we pretty quickly go to, while we don’t know this, we’ve got lots of people networking, reading, learning, talking to our customers. Then we move to what we believe and the direction we’re going to head, and if we’re wrong we’ll adapt.

Any [tenants] that wanted to talk to us if they had problems and needed help, we’re going to help you, but you’ve got to understand that we’re fiduciaries for capital, so let’s have an adult relationship. We need information from you, we need honesty, but yes, we’re going to help you. Most of our businesses [in Class A office buildings] really did not have problems. Now, we have restaurants, like in Granite Park, and we needed to be on the ground with them helping them out. This is a problem. We have been working on a bridge to the future for them because they’re an amenity to our park. We want to help them.

How do you handle failure?

What you call ‘indelible impressions,’ I call ‘tattoos.’ I’ve got them all over and they’re not going to leave me. I want those tattoos. For sure, I’ve failed a ton, more than a couple times. What we talk about around here is try not to have a catastrophic failure. We can live with lots of failures, just don’t have a catastrophic one, and make sure you’re vulnerable enough to really learn the lesson. Then it’s not really a failure. We think about those flesh wounds and say if we stop and learn, we’re probably going to create four acts from that learning that we did from that failure and it’s actually going to be a net win. Nobody likes going through the pain of those difficult conversations with partners or losing money and we’ve all been there. I would say I think I’m just lucky for the way I was born and wired in that I kind of get a stomachache from problems and that’s a motivator for me. If I get a stomachache, it’s like, ‘hey man, you’ve got to get in the game and get focused here,’ and I’m competitive so it makes me say, ‘OK, how can we make this work?’ It may still be a failure, but one of the things we talk about here is that losing less money is still making money.

I think I’ve been lucky to be able to mentally reframe failures as learning opportunities, challenges, how to make it less worse, so I wouldn’t say that I’ve been overly damaged from failures even though I’ve had lots of them.

How do you approach motivating individual employees?

I think the hardest thing for me and what I think is the hardest thing for leaders is you can’t use the same hammer on every nail. Everybody’s different, and just because Tommy or Sally is wired a certain way and can respond to the tough coach or the gentle coach, it’s your job as the leader is to adapt to the person and that’s hard when you have a certain personality.

I don’t know that I have any big philosophies [on leadership] but I do have some things I adhere to. One is, and I tell our people all the time, that I do not think it’s the leader’s job to have the answer. I think it’s the leader’s job to get the answer, and those are two different things. I tell them all the time: I refuse for you to believe that I’m going to walk around like the king and have all the answers. I absolutely refuse that. What I will do is listen to everyone else and make the decision, which means I’m going to go and get the answer, and maybe you have a better answer than me, and great, we found it. There, I like that one.

The second picture I like to draw for our teams is I refuse to for you to think the picture is that I’ve got a rope over my back with a wheelbarrow and I’m going to carry people up a hill. The picture I like is you guys are running down a hill and I’m having to figure out how to run as fast as I can to stay in front of you. You should be pushing us instead of somebody else pulling you.

I think I’ve gotten better [at delegating]. I think I’m right most of the time, so you have to learn to trust other people and realize that they’re probably actually better than you so you need to get out of their way. That definitely took awhile, but I think I’m much better at it now and some of that is we have a phenomenal team so it’s easy to trust them and realize they’re doing better things than you might do on your own. I love going to our other offices, I love meeting with our teams. I do it all the time. I learn from them and get a good pulse for what happening in the company and what people are thinking about and it’s amazing the little comments somebody will make somewhere that’s like, wow, like that’s actually a big comment I didn’t think about. Your job as a leader is to grow other leaders so you don’t have to be in the way and realize they’re better than you, so you actually have to get out of their way.

What is the most important part of building a strong team?

You can learn a lot from someone like my dad, who was a depression-era guy that wasn’t educated. He had a little slide on his board behind his desk that simply said ‘People are important.’ It sounds so stupid simple, but at the end of the day we say that we’re actually in the people business, we just happen to execute in the real estate world. I’m a people person. I love being around people, I love relationships. I’m kind of wired this way and so I feel this way about others. I think the human animal has amazing potential. I use marathons or triathlons as a great example to prove the point. Most people don’t believe they can push themselves to that level of physical feat but the human animal can do it. It’s a mental thing you have to get through. If you extrapolate that to the business world, I always tell people the best days I ever have at the office is when somebody in our office didn’t believe they could accomplish something and somehow you gave them the motivation and belief they could, and when they do to see the look on their face. That’s the greatest day I have at the office, is when someone is proud of what they did and maybe it’s something they didn’t believe they could do. Once they do that, they never look back. They go on to the next place.

What advice would you give young commercial real estate professionals early in their careers?

One of the benefits of getting old is you get a lot of experiences and those are helpful. One of our jobs as leaders is to pass those on, not like ‘Oh young whippersnapper, you don’t know,’ but more, ‘Let me show you what I went through and what I took from that and you can do what you want with it. You haven’t gone through it yet so let me show you what happened to me.’

I think millennials are authentic. They’re smart, they’re aspirational. My thing is, be willing to be a little bit patient as you’re running up the totem pole to learn and to build a foundation. For me, [beginning my career in banking] was a foundation, learning about businesses and how balance sheets work and how borrowers treat lenders and how professional people go up in a business. Even though I wasn’t going to be a banker, it was a really valuable three years for me, and I think sometimes really smart young people are so aspirational they don’t want to go through the reps because they think they’re ready to go. I always tell people, sometimes if you put time in and you make 1X less now, it’ll be worth 10X in five years. Put the reps in, learn the business right, learn from the right people. I would tell people to go work for a Bill Cawley and make $10,000 less than to go work for some jerk and make $10,000 more because you get stink on you when you hang around people who don’t do things right. You’ve got to learn how to do things right. It’s a very long road. Your first two to three years, your job should be as a sponge. Just learn.