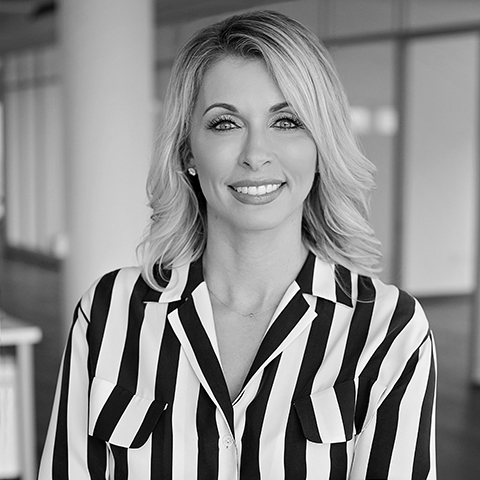 The following interview has been condensed from its original version. You may listen to our full interview with Sarah via TRECcast.

As a member of the ALC Class of 2011, how does it feel to come back and chair this year’s class?

It was a really special time in my life so it’s kind of funny to me that now, a decade later, I’m leading it. I’m the third person from my class to go on and take the chair position. ALC was a very important time in my life so I’ve been involved almost every year since, from the steering committee to being Vice Chair last year to now chairing it. It’s my last hurrah and I’ll have to say goodbye. I know TREC will find other ways to get me involved, but I want to make the most of it because this is my final year with ALC.

ALC gave me so much in my life, and I want to give that to other people. It’s also a great way to meet future leaders. I’ve met so many all-stars in this business through ALC. It’s funny when people ask ‘How do you know this person or that person,’ and most of the time, it’s through ALC.

What was your biggest takeaway from participating in the class? Is there anything you learned or a piece of advice you received that has stayed with you over the years?

There’s a lot of time and effort given from TREC and the ALC Steering Committee to how we plan program days, but there’s a big push on the history of Dallas and how we got here, how the city was put on the map. We start with the history and get in the weeds on what it means to be a leader, the infrastructure, the education, governance, the health of the city. We’ve always focused on art but now we’re adding culture to that as well and we end on community impact. Just like when you’re in school and learn sections of history or math and at the end it comes together to make you a whole, well-rounded person to enter the workforce, the same is true for ALC. You’re given all these tools to become a better leader and you end on how you can impact your city in the way of TREC’s mission.

What are your initial impressions of the Class of 2021 as the program starts?

I am personally proud of the class that [ALC Vice Chair] Stephanie [Laughlin] and I and the Steering Committee have selected. I was a bit concerned that after the pandemic the major companies wouldn’t support the program due to the expense or time commitment. We all just came off a really tough year. But we had a really strong applicant pool. All the big national (companies) stepped up, and we had what I thought was a really diverse applicant pool in terms of gender and race. About a third of our class is female. We’re also right in this time period where the class is formed and they don’t really know each other and relationships are starting to form. I’ve reminded the class to remember this feeling as we go through the year because it is a 10-month program and we’re all busy. So I tell them to take this feeling with you because there may be a sense of burnout halfway through the year, but you’re going to miss it when it’s over. I’m excited to see who’s going to step up and sell the most raffle tickets, who’s going to lead the project, who’s going to be the social chair, so I’m really excited to see how that unfolds.

As a real estate entrepreneur yourself, what advice do you have for commercial real estate professionals who may be thinking about starting their own companies?

The hardest part is the never-ending nature of it. It’s accounting, it’s payroll, it’s room for growth, it’s transacting, so I’ve had to show myself grace because I’m not the kind of person that can go to sleep if I haven’t gotten everything completed. It’s siloing [sic] emergencies. Obviously payroll is No. 1, and if you can’t meet that you’ll find that no one will work with you much longer. It’s figuring out the things that don’t have to be done immediately. You’ll still do them, but you’ve got these other emergent things. I thrive on that, but it’s also exhausting.

But my advisement for someone is that you still have to prove you can do it. Starting a company at 25 is a little bit harder because you’re still learning the trade. I had just turned 38 when I left my position [to start Thirty-Four Commercial], so it’s not like I was leaving my job to go build widgets or do something I didn’t know much about. I was just continuing what I was already doing, just under another umbrella, so it’s easier because I still had clients and trust. But if you can’t settle the feeling of wanting to start something, then you’ve got to do it. I had a ton of fear. Right when you decide you want to do something, fear will tell you a million reasons why you shouldn’t do it. I could list my 30 fears about it, but slowly overcoming it, my conundrum was that I could either face my fears or live my life with regret, and I couldn’t live with regret. If you can’t rest without doing it, then you have to do it. Your intuition comes through that gut feeling. I had that for so many years that I finally decided that it’s time.

TREC’s slogan and challenge to its members is to ‘Build the city You’ve Imagined’ and leave a lasting impact on both the skyline and Dallas community. As a longtime TREC member, what does that phrase mean to you and your career?

I honestly don’t know if I would be in the same position I’m in if I had moved to Chicago or New York. The vibe of Dallas is there’s no impossible, just more of ‘How do we get that done?’ Take Klyde Warren Park for example. When that idea came about it was, ‘You’re just going to put a park over a freeway?’ But now it’s our biggest attraction, the one unifier of our city. There’s really no limiting, especially with TREC because the people that are involved are the brightest leaders of our industry, so when you get that kind of brainpower and optimism together, there’s no stopping it.

I’ve read that Dallas is going to be the third largest city in America in the next seven to 10 years. Largest isn’t necessarily what we need; we need a city that lays out well and don’t have zoning issues, traffic issues, that we’re culturally diverse and have affordable housing. Because of the mindset of TREC, there’s really no obstacles we can’t overcome. It’s almost this private-public partnership along with the support of the city. I think we’ll continue to grow. We do need to push south. The growth north is fantastic but we have to grow south as well and bring more jobs and professional services down south. The fact that we’re in Texas and have this great governing body behind this can-do attitude, I think Dallas will become even more attractive in the next couple of decades.