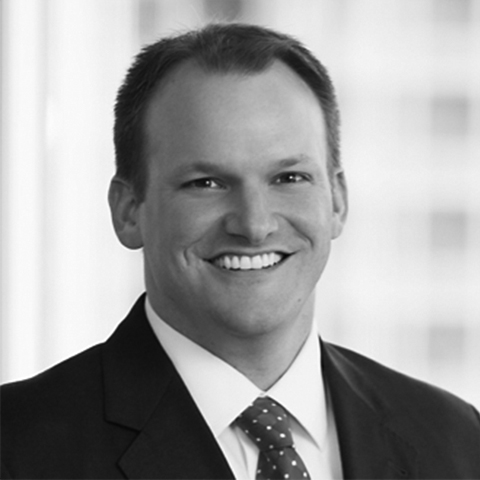 NOTE: You may listen to an extended version of this interview on The TREC Podcast

1. Did you attend FightNight 30? How was the experience?

2. Speaking of FightNight, your father Jeff is one of the event’s founding members. What role did he have in setting you on your path to a commercial real estate career?

I definitely think that real estate is in my blood and has been in my blood since I was a little kid. My dad tells stories and I remember the times he’d throw my siblings and me into the old mid-80s Suburban we had on Saturday mornings and we’d drive around the Metroplex looking at properties. I’d always see him around the house with big surveys and I used to look at them and figure out what in the world they were trying to say. It’s definitely in my blood.

3. You were All-State here in Texas in football and baseball in high school, played baseball at Stanford, played in the College World Series, and spent some time in the Texas Rangers baseball organization before focusing your career on real estate law. Are there any lessons or motivational tools from your athletic career that you’ve applied to your real estate career?

I think growing up playing team sports, and into high school and through college, what I’ve learned is mostly two things: hard work, obviously, and the second and perhaps most importantly is how to be a good team member. I was a sophomore in high school playing free safety and shortstop playing against guys bigger and stronger than me, it took a lot of hard work individually to get better, but all the while I was focused on the team’s success and grew from that sophomore year into a leadership role on those teams and we ended up having some really good teams, and then at Stanford it was a lot of the same things. I went in as a freshman and I was small and overmatched. I spent that year just working as hard as I could and doing whatever I could to help the team, and I ended up sneaking my way onto the World Series roster that year, kind of the last guy on and primarily as a pinch runner. But it was the hard work and the willingness to do that that allowed me to get in there.

At Winstead it’s a very similar story. You come out of law school and you think you know some things but you don’t know anything. Law school can teach you some things, but it can’t teach you the practical realities of working as a real estate attorney. I came in and all I could do was work really really hard and stay focused and contributing to the team and the team at Winstead and every individual client – we feel like we’re all on the same team. Team sports for me has instilled a desire to pull my weight for the team and not feel like I’m sort of hanging out. I want everybody to know that I’m doing my part and I’m going to work as hard as I can to do that and not let people down.

4. With TREC, you’ve been part of the Associate Leadership Council, our Young Guns breakfast groups, our R&D and Casino Night committees, and now you’re on the board. What is it about this organization that keeps you coming back to take on increased leadership roles with us?

I love the fact that TREC is here because what drives me and really motivates me is connecting with people and connecting people generally. I think TREC is the perfect forum for anybody in real estate for that, whether you’re an attorney, broker, architect. Whoever you are, there’s connections to be made that can help you just as much personally as professionally.

5. TREC’s slogan, its guiding principle and challenge to its members, is to Build the City You’ve Imagined. What does that expression mean to you? What kind of city do you imagine Dallas becoming by the time your career ends?

I think that the Dallas I imagine is one where everybody in Dallas – West Dallas, South Dallas, Fair Park, East Dallas, North Dallas – everyone can feel safe in their streets and neighborhoods and everybody really listens to each other and gets an understanding of other perspectives. Give people the benefit of the doubt. Know that we’re all in this together and if we work together we can make Dallas a better place and I think TREC is doing a good job of focusing on that vision.