There’s something about the view from a school bus window that can make the neighborhood outside look completely different than it might otherwise. When you’re behind the wheel, you tend to focus primarily on the traffic in front of you so that you can navigate from Point A to Point B, but things change when you’re a passenger. You can savor all of life’s little details unfolding before you. You can chart a neighborhood’s growth one block at a time. 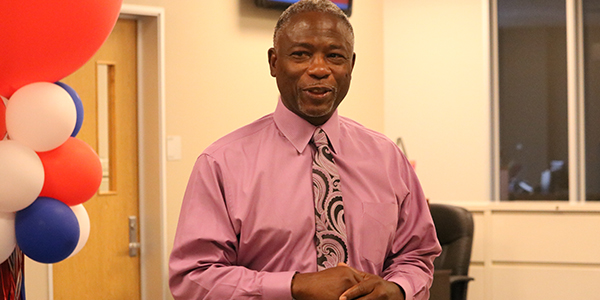 As our tour began, Dr. Flowers pointed out the many nearby properties owned by either St. Philip’s or Cornerstone Baptist Church. Some of the projects had been completed in previous partnerships with The Real Estate Council, while others await their turn as part of DCP. We saw Our Community Pantry, which TREC helped open in 2014, and the athletic fields that Dr. Flowers said will someday be joined by a youth theater space. We saw the house on South Boulevard where last month a group of Young Guns helped strip paint, caulk and repaint with officials from Cornerstone. We stopped at the iconic Forest Theater, which will be restored as part of DCP, and a strip mall that our Young Guns will transform into the first laundromat the neighborhood will have had in years. 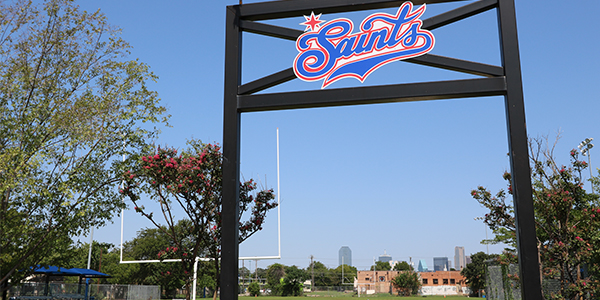 At each stop, Dr. Flowers offered context. He told us about the work to eliminate some of the gas stations and liquor stores where crime, violence and prostitution were known to take place. He explained hopes of a decline in the neighborhood’s homeless population once additional housing is completed and renovations to I-45 are undertaken. He talked about the amenities that would replace the blight as though they were the first rays of sunshine peeking through clouds after a storm. 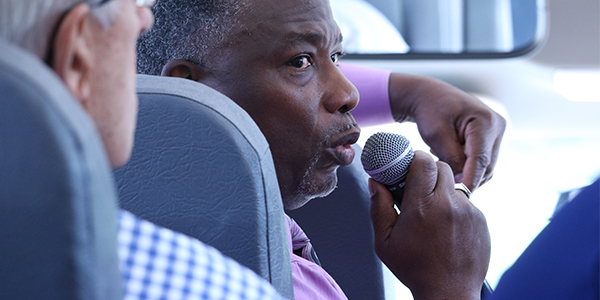 Parcel by parcel, block by clock, the Forest District is changing for the better. We’ve always known South Dallas has had potential; its 185 square miles exceeds the entire city of Atlanta. Through the Dallas Catalyst Project, through this unification of our city’s commercial real estate industry and the community organizations that have worked so hard for so long to build better lives for their neighbors, we have the opportunity to finally deliver on the decades of empty promises and disinvestment that have plagued residents.

Through the Dallas Catalyst Project and with the neighborhood at our side, we can restore the Forest District so it that someday exceeds its full potential.